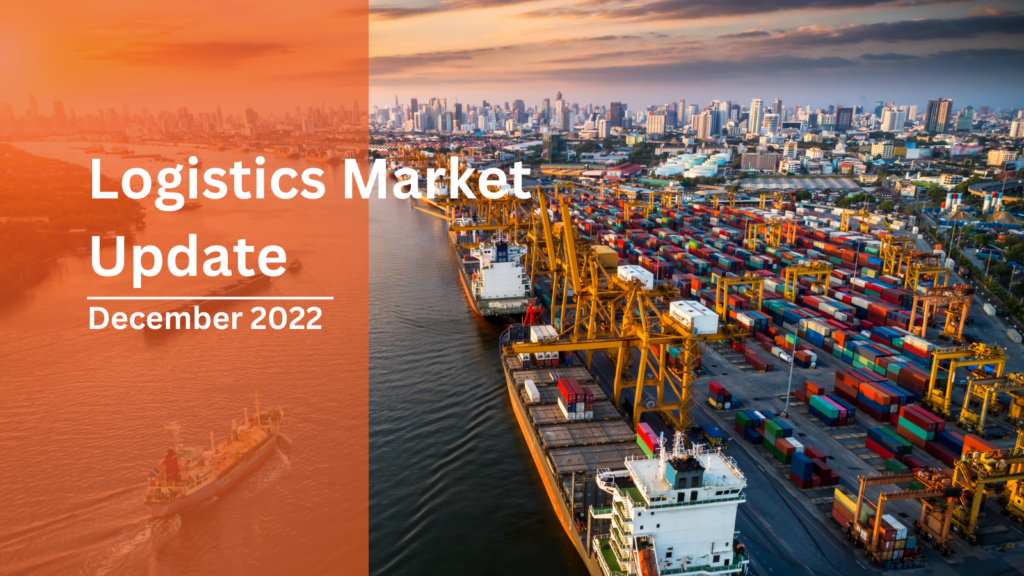 Highlights: Strikes and Energy Crisis are taking over the logistics market this month

Due to the clash between labor leaders and the rail industry, the inland haulage of the United States is threatened by a rail strike. It is expected to begin from 9th of December and last for 7 days, causing destructive impact on the country’s supply chain.

As the 3rd wave of Covid hits China, the restrictions are tightening and starting a series of protests against the controls. These restrictions and protests are stopping the Chinese market to reopen completely. The ongoing issues have adversely affected the supply chain industry.

Apart from the strike problem in the global market, Europe has been struggling due to Russia-Ukraine war. The cost of energy has increased, leading to a serious energy crisis in the region. More so, the auto and chemical industries also had to shift their production patterns to cater to these problems.

The space has opened in US East and West Coast, but the prices are still reducing and is forecasted to remain low.

Note: The bookings from Middle East to US West Coast is being offered by some Asian carriers.

For this trade lane, special spot rates and open allocation is provided by the carriers. This will cause the rates to decrease.

For the online bookings, businesses can find low rates; however, for the rest, carriers are charging aggressively for the cargo.

Some carriers are offering open spaces for this trade lane. More so, the booking can now be easily managed due to advanced forecast.

Since the Chinese New Year is coming, it is expected by the carriers that GRI will increase in December. The forecast also supports the expectation as there is a chance of increase in demand as well.

Note: The GRI in Africa is expected to be same due to low demand.

With the addition of a port to EC5 and THEA’s offering of direct service in Jebel Ali, the service will improve for this trade lane in the mid of December.

Note: MEDGULF is now offering a transshipment for shippers in Middle East region. Plus, there is an addition of vessel in EMA service by CMA.

For the trade lane of Latin America to Middle East, the shippers can find shipment from MX EC to MED that MEDGULF is offering.

Many carriers are offering equipment and space for the cargo at a stable rate.

Demand: Going into 2023, there is a high risk of prevailing high inflation and low demand. There is no expectation of change in cargo volume for this peak season, but the ecommerce movements might increase.

Capacity: The available capacity is enough for the current demand in the market, on account of the increased belly capacity.

Rates: There is an aggressive spot market in most of the trade lanes.

The Middle East and Air Carriers

The issue of the reducing cargo volume is still creating issues in the Middle East, which has been causing a decrease of 15% on year-to-year basis, based on IATA report in October 2022. Apart from the constant volumes to and from Europe, the rest of the capacity has increased.

There is a slight peak in different destinations in Taiwan that includes Far East West Bound (FEWB) and Los Angeles (LAX) area. In South East Asia, the condition of the export market shows the rates will be the same or slightly dropping.

Due to lower demand, many commercial flights are cancelled in Northern China. This has caused the rates to go down, but the demand is not expected to increase.

As the 3rd wave of Covid is disrupting in Southern China, the manufacturing operations are affected and delays in cargo output will prevail.

The Korean market will remain soft in this month as well, as the rate difference of Trans-Pacific East Bound (TPEB) and Far East West Boud (FEWB) is still reducing.

The demand is steady in the market while the airport is operating in a normal condition. Furthermore, there is a capacity opening in the Europe areas. When it comes to the rates in the market, they are expected to be stagnant in the coming month.

The overall demand in the Europe is same, except in the Amsterdam and John F. Kennedy airport. The supply meets the demand; however, the lead delays are expected as the demand spikes in the US. It is expected by market experts that there will be some bottlenecks in the air and land transport as the holiday season approaches.

The local rates and service charges are updated by Hapag Lloyd. Check out the details to make the cargo planning easier and smoother. Read More

Air France KLM Martinair Cargo has increased their charges from 1st December 2022. Some of the exceptions from this change are local import shipments, OCs that were increased in September, and DGR OC. Learn More

Many shippers in Dubai are facing issues with the Maersk’s services for EDI Mapping, including Gate-In (Full) and Gate-Out (Empty). Follow these instructions for Gate-In and Gate-Out, while their team tries to resolve the issue.

The Gulftainer will now be charging a fee for containers that are using their infrastructure. Read More

From the 1st of January 2023, the CMA CGM’s THC amount for UAE ports will be updated, except for the Abu Dhabi’s Khalifa port. Read More

For this month, the Drewry World Container Index (WCI) has reduced to $2,284.10, which is a 5% decrease from the previous value. This is the 40th week that this value continuous to decrease.

After the reduction, the new composite PMI index for US is 46.3. This shows the shrinking of the private sector.

The composite PMI of UK hasn’t changed and remains at 48.2, but the private sector’s output is reducing.

Due to the new wave of Covid, the PMI has reduced to 47, which has caused further contraction in the service sector.

The non-oil sector of Saudi Arabia has been improving this month, which is providing better business conditions.

DHL: No increase for peak season volumes and flat growth into 2023 Read More 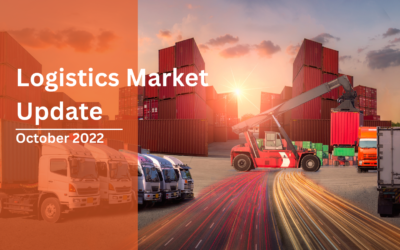