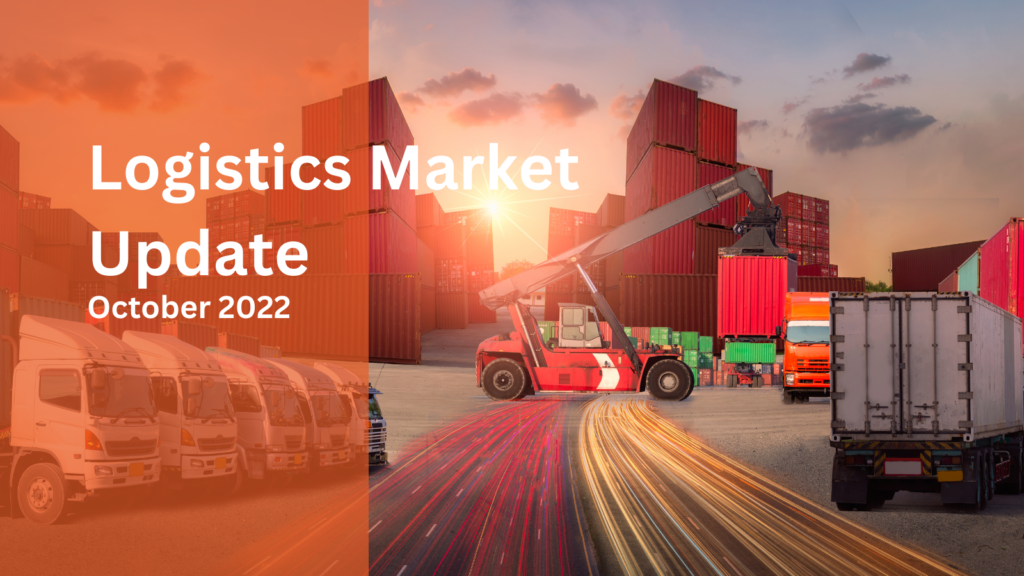 As we are stepping in October 2022, the last month’s issues can’t seem to be going away soon. Though the ports of Asia and North America are easing down on port congestion, it is yet to recover from the past month’s disruptions.

Here’s a quick overview of what’s happening around the globe.

While the congestions are controlled in China, the manufacturing and inland logistics are to some extent affected by the government’s zero-COVID policy. Moving further along the globe, the congestion in Germany is expected to ease down as the strike actions have ended. However, in the United Kingdom, the industrial strike on the ports of Liverpool and Felixstowe continues.

In the United States, the congestion problem has improved in South California, but it has now been causing issues on the Savannah and New York port.

In North America, the rates remain soft along with open space and open capacity, with the exception of a few pockets, prior to the Golden Week demands. Moreover, the port and inland condition are expected to improve over time along with the reduction in transit time.

Local Capacity/Equipment – Open in some pockets

Sluggish demand continues in Europe as a result of pre-Golden Week’s cargo rush. On the other hand, the blank sailings and port omissions are disrupting the schedule reliability.

Note – Expected delays and congestion can cause flexibility in shipments.

A delay in the port entrance at both ends is expected due to port congestion. The demand is getting soft while the competitive spot rates have a minor increase.

Note – Delays are expected in some ports due to congestion.

The strike action may have ended on the ports of Felixstowe, but now the labors have announced a strike on Port of Liverpool, which is expected to cause continue trouble in service backlogs in Nort Europe. However, even though the peak demand has reached in Europe, the space options are gradually opening up.

Local Space – Space options are opening as the demand goes down

Note – Expected disruptions as strike on Ports of Liverpool begins.

The things in Latin America are expected to be relieved due to the addition of a new service from MX EC to Med. South America East Coast is still struggling with the rising rates and capacity issues.

Local Space – Space available as carriers work on rearranging and optimizing the capacity.

All in all, the prospects will stay flat because of Golden Week Holidays and port congestion in Europe.  In North America, concerns are rising among the shippers related to potential rail and security strikes. On the other hand, the blank sailing may lead to weaker demand in Latin America, and stagnant markets in the Middle East and North America.

Air Freight Demand – The effect of fuel price surge has affected the global air market to some extent. As per the predictions, the demand levels are expected to flatten over time.

Carrier Capacity – The carrier capacity still hasn’t recovered from the COVID effects. In Europe and Asia, the capacity is comparably slower in comparison to other countries due to political reasons.

Local Rates – Though there is a decrease in the demand level, freight rates are to date higher than those before COVID.

Middle East Airlines has seen an increase of 193.1% over the last years, as per the findings of the International Air Transport Association (IATA). The carriers successfully fought the COVID effects and maximized their revenue by making minor tweaks in their business model and an increase in freighters’ use. In the near future, there is a chance of the region’s fleet increasing to 3,400 airplanes to manage passengers’ traffic as well as the cargo demand.

The capacity in the European market continues to surpass the level of demand. In the coming months, the prediction is that the capacity will drop further, resulting in decrease of the passenger flight and an increase in the rates. However, the jet fuel prices are stabilizing and are low in comparison to the year’s start.

In a bigger picture, the United States airports are running at normal pace, and export demand seems to be steady in all markets. The States has also seen a great demand to Hong Kong.

Because of the heavy travel season, Canada’s is facing major strain on the airport’s infrastructure, which has impacted the cargo’s import and export operations.

Prior to Golden Week Holiday in North China, the overall demand is weak, prices have increased for Trans Pacific East Bound (TPEB), whereas, no rate changes have been noticed in Far East West Bound (FWEB). In South China, the scenario is a bit different. Due to the weaker demand levels, the rates are consistently dropping. However, there is a chance of 1-2 days delay in transit on account of Shenzen-Hong Kong border situation.

Currently, the situation is Taiwan market is slack, and there’s an anticipation of weekend capacity constrained since it’s the quarter end. Furthermore, Taiwan airlines announced a reduction in fuel surcharge, effective 1st October 2022.

A few parts of South East Asia are still facing trouble. The Thai and Malaysian market are still soft with no signs of improvement for now. However, the Vietnam market stays stable and there is an increase of space in ex-Hanoi market.

There are some changes in the market that can impact the overall shipments to and from United Arab Emirates. Among them are the changes in the No More Business (NMB) category shipment acceptance policy. They will not be able to make any bookings, and if they do, it will be cancelled during the booking stage.

The rules stated Vietnam’s government 2014, the import license is a must for consignee, and they have to get custom clearance before 2 days of vessel arrival in Vietnam (in case of Plastic Scarp Cargo Vessel).

The 6-digit Harmonized System (HS) code by World Custom Organization (WCO) is now a compulsory requirement; as per the new policy of Maersk. This will ensure accurate cargo information for the custom authorities in case of global cargo movements. See More

There has been a 10% reduction in the World Container Index (WCI) in September’s last week. The value of WCI in the case of 40-ft containers has dropped by 61% in comparison to last year, which is now at $4,014. This is because of the 19% reduction in freight rates for Shanghai to Genoa, and 13%, 10%, and 5% spot rate reduction on Shanghai to Los Angeles, Shanghai to Rotterdam, and Shanghai to New York, respectively.

The manufacturing activities have a minor shrink in the Euro Area; as in September, the manufacturing PMI was noted to be 48.4%, less than in the past months. There is a slide noted in the output and new orders due to high energy prices.

For United States, the composite PMI has reached 49.3, which is an increase from the last month (44.6). The number of new orders has increased, but the export orders are still low. The contraction rate for the service sector was slow, but the manufacturers still face a reduction in production.

The new wave of COVID and energy shortage caused by droughts has brought the PMI value of China to the lowest in three months. The private sector is growing, which had a slight impact on the rate of new orders in the manufacturing sector.

On account of the global recession, the PMI value for UAE has reduced to 56.1. The growth of new orders is less than that of August 2022, but the sales to abroad are increasing, causing employment to grow. The confidence on the market is better than in June, which means the new orders can increase.

DHL: Positive contribution to the world of logistics (Read More)