The COVID-19’s Impact on the Economy Worldwide

The coronavirus has spread to almost 210 countries as per the latest reports. The number of new cases has been leveling off in some countries but the total number of deaths and the total number of cases is rising every day. After China, Europe became the epicenter of COVID-19 with Spain and Italy suffering the most. Now, the virus has made America and the United Kingdom its epicenter.

Experts at WHO fears that the next target of the virus might be South Asia & Latin America. According to analysts, the situation could get worse before getting better as countries like China who have previously taken control over the pandemic, fear the second wave of the virus. The circumstances could stay the same until the vaccine is available with a continuous rise in the new cases and death toll. The whole year of 2020 appears to be a testing time for the whole world.

High monitoring could however reduce the further spread too. But along with the health crisis, there is another crisis lurking around too. According to experts, the pandemic could cost the global economy up to 2 trillion dollars this year.

The economic effects could be different for different countries. COVID-19 will impact both the short term and annual profitability in the economic sector. Initially, when the virus had not widely spread across the world and was only affecting China, due to the lockdown the manufacturing lines were disrupted due to the lockdown in China and border closures. Now as the virus has taken hold in almost all the world, the whole world is under lockdown. Approximately 1.3 billion people around the world are under lockdown and it is affecting many industries.

Also Read: The Impact Of COVID-19 Pandemic On The Shipping Industry

The continuous rising cases have wreaked havoc on the health sectors of around the world. Hospitals are flooded with patients. The impact on the Global North was dreadful, and people are afraid that the effects could be even worse for the countries belonging to the global South. We are already starting to see that in countries like Ecuador where the government is failing badly to contain the spread as it is not a developed country. There is already a shortage of medical supplies including testing kits, PPE’s, masks, etc. The worst of all shortage is of ventilators, which is forcing the doctors around the world to choose between patients and the care is only given to the patients with more survival chances.

Some analysts have warned about a global recession coming ahead which could be worse than the world has ever seen in this century and according to reports, it could push almost half a billion people around the world into poverty.

Though the factories and companies in China are back up and functional again they are going to face a demand problem from Europe and America affecting the production lines. Due to which the global GDP will most likely see a drop in the future by as much as 3.3 points if the situation gets normal in 12 weeks and the drop could be worse if the governments fail to curb the virus and the situation remains the same even after twelve weeks.

Analysts fear that the global GDP drop could be as bad as 7.1 points for the year 2020. This could lead to the temporary or permanent closure of some non-essential production sites resulting in massive unemployment, layoffs, pay reduction, etc. For instance in Pakistan the lockdown has led to the closure of factories of garments and textiles as the orders from abroad have been canceled. And has left around 18 million people unemployed.

The effects would be visible in many industries and almost all the sectors. Tourism and travel industries are already experiencing the severe aftermaths of the coronavirus as multiple airlines have gone bankrupt and several others are on the brink of going down. Massive layoffs and unpaid leaves have already started.

Drop-in The Demand For Crude Oil:

The demand for crude oil has also seen a drop as people around the world are under lockdown and largely due to the reduction in the freighter capacity as the demands have lowered. The logistics, automotive and, oil and gas are most likely to be experiencing a short term blow and will recover after the crisis ends.

What Can Be Done to Avert the Crisis?

To deal with the economic crisis the companies will have to leave their competitive interests aside for a while and work together to make the industries survive the pandemic. Along with that, the governments will need to cooperate and introduce new and relaxed trade policies to lessen the severity of the recession.

Governments must come together and cooperate on relaxing the obstacles of the cargo operations. A much better system and cooperation are needed to satisfy the world’s social and financial needs. If the governments did not cooperate then the future might result in less competition and more policies supporting protectionism. 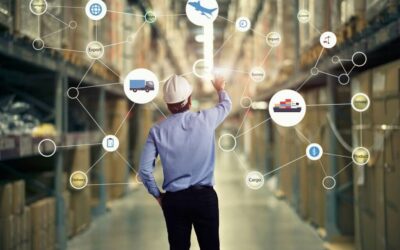 Latest Digital Supply Chain Trends to Look For in 2020 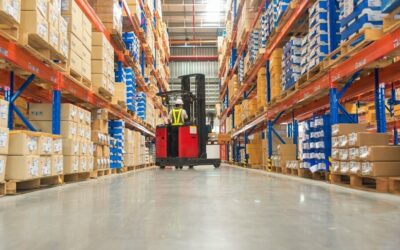 The Biggest Supply Chain Challenges of 2021