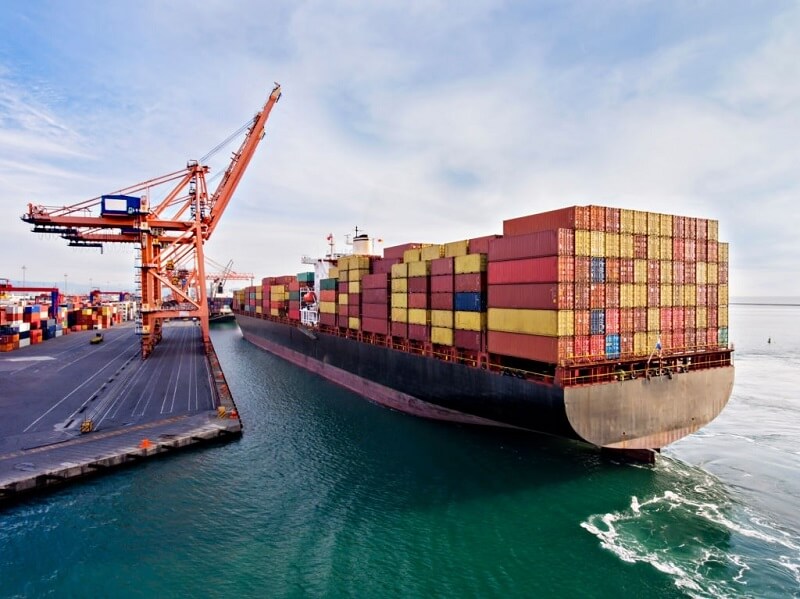 The Topic of the Month

Profitability in Container Shipping is Expected to Reach New Stratospheric Highs in 2022.

According to Drewry’s latest Container Forecaster research, the sector’s EBIT in Q3 2021 was $70.9 billion, a “staggering nine-fold gain” over the previous year. Drewry has raised its prediction for the year to $190 billion from $150 billion earlier, and ocean carriers will have the third year of 15% or greater annual growth in overall revenue in 2022.

Carriers have yet to announce full-year 2021 financial results, but clogged supply chains and extremely high rate levels will keep the profit faucet running until 2022. Drewry’s EBIT projection for container shipping in 2022 is $200 billion, $10 billion more than in 2021, with a margin of 37%.

According to Drewry experts, the third quarter will most likely be the peak profit time for carriers in the current cycle, while the entire year 2022 will most certainly exceed 2021.

One line status – Rates are higher. PSS/GRI is applied by all carriers. Space is limited. Bookings must be made 3-4 weeks in advance. Carriers are refusing to provide space for the West Coast of the United States owing to a lack of capacity at the transshipment port.

One line status – Rates remain high. Space must be reserved two weeks in advance. Lightweight cargo is preferred by carriers.

Local Rates – Rates remain at an all-time high. They have, however, remained constant throughout January 2022. Some slight increases already experienced for December in the lead-up to the Chinese New Year period and due to blank sailing schedules. (+)
Local Space –  Critical (-)
Local CapacityEquipment – Available (-/=)
Notes:  Take planning for a month

Local Rates – Prices are on a general higher (+)
Local Space – Critical and low for East Africa, while relevantly at ease for South and West Africa (-)
Local Capacity/Equipment – Available (+)
Notes: Only bookings made at least 2-3 weeks in advance

One line status – Rates are still rising. Space must be reserved two weeks in advance. Lightweight cargo is preferred by carriers.

One line status – Rates are increasing, and free time at the destination is reduced.

Local Rates – Price is on a general increase (+)
Local space –  Available at premium level (-/=)
Local capacity/ Equipment – Limited (-)
Notes:  Reservations must be made 2-3 weeks ahead to secure

One line status– Carriers prefer to relocate empty boxes rather than laden ones in order to decrease turnaround time. The amount of time spent at each destination is decreased.

Local Rates – Price is on a general increase (+)
Local Space – Available (=)
Local Capacity/Equipment – Available (=)
Notes:  Reservations must be made 2-3 weeks ahead to secure

One line status – Looking ahead to 2022, market conditions are expected to persist at least through Q1 – with significant demand around the Chinese New Year. The major public holiday in APAC is on February 1st, 2022, however.  Covid-19(Omicron) has caused a port personnel shortage, which will have ramifications for the upcoming Holiday season.

Local Rates – Price are on a general increase (++)
Local Space – Extremely Critical (–)
Local Capacity/Equipment – Limited (-)
Notes:  Reservations must be made 3-4 weeks ahead to secure

One line status –Due to insufficient capacity, most carriers are not accepting bookings. The situation is likely to endure until the end of the first quarter of 2022.
Local Rates – Prices are on a general increase (++)
Local Space – Very tight (–)
Local Capacity/Equipment – Available (-/=)
Notes:  Reservations must be made  at least 4 weeks ahead to secure

One line status – Several services are being impacted by structural port omissions in Savannah and Jeddah, resulting in a space constraint and capacity decrease. After over a quarter and a half of steady rates, we are starting to see GRIs return to the market, most likely in preparation for this year’s earlier-than-usual Ramadan holidays.

Local Rates – Rates have been increased in January 2022. (=/+)
Local Space – Critical   (-)
Local Capacity/Equipment – Availability for standard equipment at ports has not been an issue, but any special equipment is hard to come by. (-/=)
Notes: Place bookings 2-3 weeks in advance to secure your equipment, trucking, and vessel space.

One line status – Early factory closures from China as early as 23 January, as well as Lunar New Year (LNY) vacations in China till mid-February, will result in reduced overall cargo demand, resulting in more blank sailings anticipated in February. Recent Covid-19 breakouts in China will have a much greater impact on congestion and schedule dependability. Furthermore, feeder/equipment restrictions in South East Asia remain significant. Overall equipment shortages in Asia are becoming common, particularly for 40’HCs. The general consensus is that short-term interest rates will be raised from January until the first half of February.

One line status – Rates have softened slightly depending on the service and alliance, there is a shortage of empties due to CNY blanks, and there is congestion in MED hubs. Space will continue to be limited. Increased demand, particularly for IPBC. Rates have mainly been extended.

One line status – Empty equipment and uneven or blanked sailing schedules will continue to be an issue for ISC exporters shortly.

One line status – Vessels have the capacity, and carriers are ready to take on more cargo. There is a major shortage of 20′ containers from North Africa.

Air Freight Demand  – The rise in demand is still spreading across various sectors, and cargo demand is expected to remain strong in the face of new tech product releases and the forthcoming Lunar New Year. Economic recovery and GDP growth of 4% or more in 2022 are projected, and demand is likely to continue robust, resulting in inventory filling.

Carrier Capacity – Capacity recovery is sluggish and will continue to be constrained. PAX (Passenger Aircraft )  resumption on some Tradelanes; increase in belly capacity; flight cancellations will have an impact on the recovery. Increased freighter capacity is projected. • Belly capacity improved marginally as vaccinations increased, although it is still -28 percent lower than pre-COVID levels.

Local Rates -Rates for guaranteed access to capacity are projected to remain expensive in comparison to previous years, with ocean congestion and flight cancellations exacerbating the issue. The emergence of new variants of Covid adds to the volatility of the market. In November 2021, rates remained +126 percent higher than the 2019 baseline and +30 percent higher than the higher 2020 baseline.

International cargo volumes of Middle Eastern carriers increased by 5.7 percent in December 2021 compared to December 2019. Growth slowed at the end of the year, owing in part to a decline in volumes on the vital Middle East-Asia route. Overall, foreign Cargo Tonnes Kilograms (CTKs) were 10.6 percent higher in 2021 than in 2019, providing the region a modest increase in market share.

This month, Qatar Airways Cargo will begin insourcing its operations in Spain, which were previously managed by ATC Aviation Services. The airline claims it intends to retain all current regular flights while adding some new routes, with online booking accessible through WebCargo by Freightos.

China: More difficult COVID-19 restrictions and preparations for the Beijing Winter Olympics are making it difficult for airfreight shipments just as shippers are entering the pre-Chinese New Year high season.

In the run-up to Lunar New Year, demand is increasing. Capacity is nearly full, and TPEB charges have risen. Based on current market supplies, this trend is anticipated to continue through the LNY vacation in North China.

Many passenger flights have been canceled in Hong Kong, while Cathay Pacific’s air cargo flight schedule has been reduced to about 20% of its regular levels in Q1.

In Taiwan, the market remains steady, with no substantial changes in rates or capacity before Lunar New Year (LNY). The largest capacity restrictions are at SFO and ORD, but other destinations are still acceptable.

For the moment, capacity remains steady, with carriers infusing intra-Europe schedules to feed Transatlantic flights. If the lead time allows, a deferred option might be quite suited, offering rates lower than the typical market level.

The Istanbul airport was temporarily closed owing to heavy snowfall. Manage expectations if transporting cargo from this location, however, there has been little impact on freight flow so yet.

As we approach the end of January, demand is constant. Rates on the West Coast of the United States have risen somewhat, but overall rates remain constant. Congestion is manageable in important EU export hubs.

maximized in this case. There has been no news of congestion at Europe’s main export hubs.

The terminals at LAX/ORD/JFK have decreased the inbound backlog cargo marginally, which has a positive impact on the export side.

Omicron has caused some local and international flight cancellations and/or delays in the United States.

To satisfy throughput timings and screening requirements, most terminals have reduced free time for storage and early close-outs for exports.

During the second half of January, US export demand gradually increased. Capacity may be managed.

Rates to Latin America, Europe, and Asia are marginally higher than in the first two weeks of January.

ESL has implemented an Environmental Fuel Surcharge (EFS), effective from March 1st, 2022, based on a Low Sulphur fuel price of between US$650 to US$700 per ton. Read More Here

Maersk offers the broadest coverage and competitive transit times at unmatched reliability, effective February 1st, 2022, that will proceed and cancel any booking booked through SSIB aging 15 days and above with no container(s) linked to it to free up space allowing the opportunity to more customers to book, materialize and load their shipments with them. Read More Here

CMA CGA has advised that Any new booking under Carrier Haulage to or from Mali are suspended until further notice, Due to restrictions imposed by the ECOWAS (Economic Community of West African States) against Mali. Read More Here

Hamburg Sud has implemented Demurrage and Detention Rates (DND) to the United Arab Emir, Effective from March 1st, 2022 those demurrage & detention rates will be applicable for imports to UAE Expiry. Read More Here

Financials overtook Healthcare to take the top place in the worldwide sector output ranking in December. Consumer Services was the lowest-performing industry, despite a global increase of COVID-19 cases.

Experts have warned that heightened tensions between Russia and Ukraine might increase marine bunker fuel prices, placing a further burden on carriers.

Non-oil exports from Singapore increased by 18.4 percent in December, making 2021 the strongest year since 2010. Electronics and medicines demand aided shipping growth. With the growth of Omicron cases and China’s zero covid policy, exports to China are expected to halt.

Cambodia A bilateral free trade agreement (FTA) between Cambodia and Korea is likely to enter into force early this year, opening up additional markets for Cambodian goods and attracting more investment for exports.

In response to rising demand, Vietnam BW Industrial is expanding and strengthening its capacity to service export producers in the Bac Tien Phong Industrial Zone.

According to the IHS Markit Flash U.S. Manufacturing PMI, US manufacturing growth decreased for the sixth consecutive month in January. New order growth has dropped to its worst rate since July 2020, with manufacturers reporting that clients have cut down on spending due to cost rises.

Elevated freight rates are likely to remain through much of this year because of market turmoil, according to experts. Read More Here

Airfreight rates out of China to the US and Europe have plummeted after December’s record holiday season. Read More Here

Lufthansa Cargo is the latest carrier to suffer operationally from an outbreak of Covid and has been forced to cancel all transit traffic through Frankfurt. Read More Here 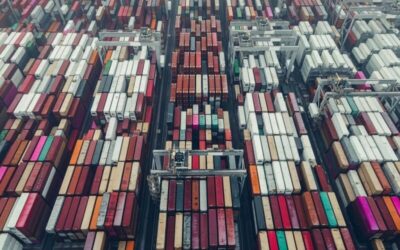